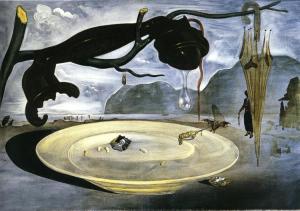 One reviewer feels that the phone call in Life and Fate that I described in my previous post is one of “the most electrifying moments in 20th century literature.” I agree!

After Stalin calls and turns his world upside down, he learns what it is like to be stroked by a hand with unlimited power, as Grossman puts it. Life is good…for a while. Then the piper must be paid.

Victor is asked to sign a letter about a former teacher of his, an innocent man who has been arrested. The British and Americans are making a fuss, saying it is unjust, trying to form a committee to save him. He must, as a loyal Soviet citizen, sign this letter telling them to bugger off – it’s all nonsense! Those westerners are playing right into the hands of the Fascists!

Victor knows his teacher is innocent, but if he doesn’t sign, then what? His security, his job, the approbation of his peers – all will disappear soon enough. This request won’t be the last, it’s only the first, and it alone is enough to make him feel utterly worthless as a human being…because he does sign it.

He tried to wiggle out of it: “What do I know of such matters?” “Please – I’m just a physicist, can I just do my work?” “Surely there are details of which I am not aware, but he was a wonderful teacher…” No – just sign. You wouldn’t want to help the Fascist Fifth Columns, would you?

This roller coaster ride of Victor’s – from despair and fear, to the giddy good fortune of being the pet scientist of the State, to the utter self-abasement of signing this letter – does have a positive conclusion. Victor resolves not to do such a thing again, and not to congratulate himself on not doing so either. He knows too well now how easily one can slide into cooperation. He wants to keep that humiliating knowledge close to his heart, to remind him, to keep himself human.

This entry was posted on Sunday, May 25th, 2008 at 3:02 am and is filed under Uncategorized. You can follow any responses to this entry through the RSS 2.0 feed. You can leave a response, or trackback from your own site.

2 Responses to Telephone, for Comarade Shtrum…