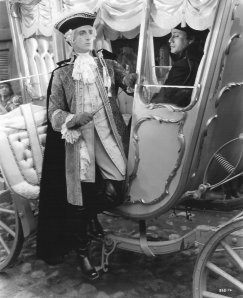 In the old movie of Dickens’ novel, A Tale of Two Cities, Basil Rathbone plays a decadent and amoral nobleman who runs down children in the street with his carriage.  The urban proles grumble -The Terror erupts.

The NYTimes reports today on a case from China that seems right out of Hollywood – some themes are eternal.  A drunken man runs down and kills a young woman skating in the street.  He informs the police that he is the son of a powerful local official.  The case is hushed up, but in today’s world of the Internet, the story gets out anyway, and his declaration is scornfully directed at the elite.

China is ruled by a corrupt and ruthless class, strata, clique…whatever, and the millions of ordinary men and women are just finding their voice.  See here for more posts on China’s dilemmas, and ours.

This entry was posted on Thursday, November 18th, 2010 at 10:33 am and is filed under Uncategorized. You can follow any responses to this entry through the RSS 2.0 feed. You can leave a response, or trackback from your own site.

One Response to “My father is Li Gang!”