First there was the novel, Nightmare Alley, now available in a new printing from the NYRB.  Then the film, with Helen Walker playing Lilith Ritter, the female psychiatrist with ice water in her veins.  She sucks the life out of Stanton Carlisle, played by Tyrone Power, and throws away his deflated husk of a body.  He descends back into the muck from which he came and finishes as a geek, biting the heads off chickens for a living. It’s a faithful adaptation of the book. 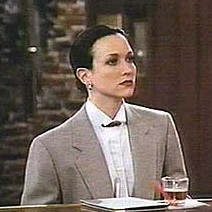 After that, came the comic book adaptation of Nightmare Alley by Spain Rodriguez, published by Fantagraphics.

… and is up-front about her needs…  The toe nail painting is a nice noir reference to Scarlett Street, by Fritz Lang.

And finally, we have the nifty neo-noir, Side Effects, in which Catherine Zeta-Jones , as Victoria Seibert, is definitely channelling all of the above.

This entry was posted on Tuesday, March 5th, 2013 at 2:21 pm and is filed under Uncategorized. You can follow any responses to this entry through the RSS 2.0 feed. You can leave a response, or trackback from your own site.