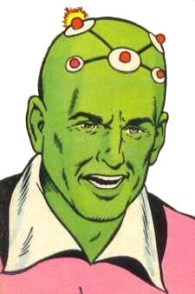 “There isn’t going to be any kind of theory of the brain that doesn’t involve elements of his ideas. The brain is never — never has been or ever will be — in the same state twice, and will never encounter the same environmental cues twice. What’s attractive about his model is that it tries to address that reality.”

I’m not going to go into a detailed account of Zen ideas or Edelman’s here, but one remark is cogent: He suggests that consciousness has no causal consequences – it does nothing!

Edelman makes the important and emphatic point that the brain is not a computer. He is dismissive of artificial intelligence as it is practiced today, although he expects, eventually, that an artificial mind will be created…it just won’t be a machine!

This entry was posted on Friday, May 23rd, 2014 at 12:29 pm and is filed under Uncategorized. You can follow any responses to this entry through the RSS 2.0 feed. You can leave a response, or trackback from your own site.

One Response to R.I.P. A Real Brainiac!