Free will, and all that…again 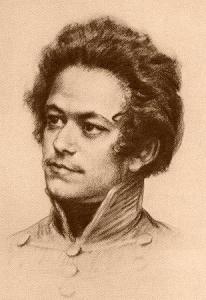 Following up on earlier posts about historical determinism, free will, all that sort of stuff, I offer this astonishing snip from the New York Times, musings by Paul Kennedy on the eternal question of who makes history – great men, or impersonal forces:

Interestingly, the most important challenge to Carlyle’s great-leader theory came from his fellow Victorian, that émigré, anti-idealist philosopher-historian and political economist, Karl Marx. In the opening paragraphs of his classic “The Eighteenth Brumaire,” he offers those famous lines: “Men make their own History, but they do not make it as they please; they do not make it under self-selected circumstances, but under circumstances existing already, given and transmitted from the past.”

What an astonishing sentence. In it Marx captures not only the agency of human endeavor, but reminds us of how even the most powerful people are constrained by time and space, by geography and history.

Yes, astonishing too is the occurence of favorable comment on Karl Marx in the press, let alone the Times.  Fact is, he was a brilliant historian and thinker.  Maybe not so hot as a practical politician.  Not unlike Mao, about whom I am reading in Phillip Short’s biography – and he too made a difference as an individual.  A big difference!  But as Short makes clear, he did so within the structures of Chinese cultural history, adopting or slipping into the role of detached-philosopher-emperor, the object of daily veneration, just as Mao was brought up to bow to the image of Confucius each morning.