Global Warming: Save the hypothesis! 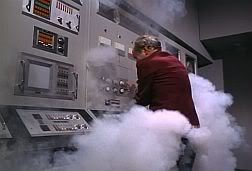 Christmas Day delivered a special present to critics of the AGW (anthropogenic global warming) point of view:  an Op-Ed piece in the New York Times by Judah Cohen – Bundle Up, It’s Global Warming.  One couldn’t ask for a better example of an intellectual house of cards being passed off as science than this wonderful essay.  Like George W. Bush, for whom the answer to any economic problem – slow growth, budget deficit, budget surplus, whatever…  was always to cut taxes, for Mr. Cohen, all observations lead to global warming as an explanation.

Anyone who seriously thinks about climate change understands that weather and climate are not the same, and that  just as a few cold winters don’t disprove AGW, neither do a few hot summers prove it (although that latter point is not often heard from AGW advocates!)  Nevertheless, the record cold in Europe and North America seems to fly in the fact of the AGW theory.  Why the freeze if the Earth is getting warmer?  So, Mr. Cohen leaps into the fray to answer just that question…Of course, one wonders why he feels he must address this ‘question’ if weather is not climate..?

Mr. Cohen is a forecaster for a firm (AER.com) that sells information, or rather, data, to firms that need to estimate their exposure to climate-based risks.  Certainly a reasonable service, but it’s not the same as science.  And like all forecaster/modelers, he must have an explanation for everything, or his credibility falters.  In this regard, he is like a conspiracy theorist, the type of person who has a theory that explains everything!  To leave any question unanswered is to invite a withdrawal of confidence.

Cohen presents a complicated explanation for how the earth can be warming and yet experience colder weather in the northern hemisphere.   It’s very logical, and even plausible…but it’s all speculative.  There is no proof for any of it, and he offers none.  It also happens to be derived from his pet theory that he has modeled and flogged before.  Time will tell if the Earth continues to behave in a manner that could be explained by his notion.  Meanwhile, his ideas offer no proof at all for the AGW theory, but simply constitute an example of “saving the hypothesis.”

Saving the hypothesis is the tactic one takes when observed phenomena seem to invalidate one’s theory:  Construct another theory to “save” the original one!  Blaise Pascal exposed this tactic brilliantly in his epistolary debates on the vacuum, although he did not give it that name.  Aristotle, and centuries of his successors said that Nature could not “tolerate” a vacuum, so all evidence that a vacuum can be created was explained away with new substances, ethers, compounds, etc. that we can not see or measure, etc. etc.  No matter what evidence one presented from direct observation, there was always a reason why one was not observing a vacuum.  So, today, no matter what the evidence – and the recent weather is not evidence of much of anything either way! – it must support the accepted idea that AGW does exist.