Origins of the Modern Thieving State 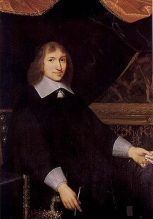 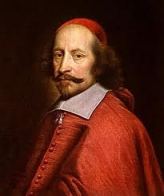 In an earlier post, I mentioned that Putin’s brutal tactics against his billionaire political opponents (he throws them in jail and convicts them of trumped-up charges) rang a bell in my head.  The trial of Nicolas Fouquet, Finance Minister to Louis XIV came to mind.  This got me started on the whole notion of what Krugman called today, Rule by Rentiers, and the tremendous and parasitical hold over our society of the financial élite…and whence it came to be.

Fouquet has interested me for a long time, not least because he built one of Europe’s great architectural gems, the estate at Vaux-le-Vicomte.  The gardens were designed by André Le Nôtre, who went on to design the overwhelmingly magnificent landscapes at Louis XIV’s palace at Versailles.  Fouquet also came to my attention early in life because in high school, I read some letters by Madame de Sévigné, including a famous one describing the fate of Vatel, formerly cook to Fouquet.  During a grand banquet for the Prince (the Great) Conde, the fish course was threatened – the fish had not been delivered!  Vatel was so humiliated by this failure, that he threw himself on his sword.  His death was treated as a national tragedy.  But Fouquet and his ilk are the story here.

Fouquet is not mentioned much these days – all attention goes to his destroyer, Le Roi Soleil, Louis XIV.  But Fouquet was Louis’ faithful servant during a time when the king was young, and just getting a firm grip on power.  (The childhood of Louis was during the civil war called The Fronde.)  He always served the interests of the king and the French state (no difference between the two!), and along the way, he enriched himself.  Well, so did everyone else, and most didn’t do such a good job as he did.  Nor were they as handsome, intelligent, charming, cultured, and imaginative.  Richelieu, Mazarin, and Colbert are not on any historian’s list of fun people.

The job of Nicolas Fouquet was to ensure that the royal treasury was full so it could pursue its endless war against the Spanish Hapsburg Empire.  The state of national finance at the time was so chaotic and desperate that it makes American budget issues look like textbook examples of perfect accounting practice.  Books were duplicated, or secret.  Huge ‘loans’ to government figures were standard.  It was not illegal to rake off a substantial sum from tax collections or financing from the merchant élite, it was how the system worked!  There was no separation of the personal interest from the state interest at the level on which these high ministers worked.  After all, if they did not have the cash to present a good front, what financier would lend to the state they represented?  Opulent show was all part of the process.

The crime of Fouquet was simply to do his job far better than anyone else, thus exciting the envy and hostility of Colbert, and to be neglectful or unaware, to a shocking degree, of how his activities might be interpreted by the young king.  Three weeks after hosting the king at a vast banquet in his brand new palace, Vaux-le-Vicomte, he was enlightened:  Louis had him arrested on charges of embezzlement and treason.  The charges were totally trumped-up, and Louis probably did not believe them a bit:  he simply wanted to get rid of a too-independent servant.

The trial was a milestone in the history of political show trials, but Fouquet did not play the docile, self-incriminating defendant that students of the USSR might expect.  He was cool, calm, and collected, and even managed to smuggle out some letters that were the basis of quickly printed pamphlets that generated tremendous popular support for him.  Louis XIV did not have the resources of the total terror-state, but he did his best.  He hanged a few people who helped Fouquet communicate with the outside world from prison, but it is a measure of the not-yet-established nature of his absolutist rule that many elements of the trial were not under his control.  He learned, and acted differently in the future.

Convicted, but not sentenced to death, the verdict of eternal banishment did not please the king.  He did not get his wish, and did not feel strong enough to impose execution, but he did change the verdict to life in prison.   Fouquet languished in a fortress in the remote alpine Piedmont region of France.

The details of the trial are recounted in some of Madame de Sévigné’s letters, which are always very readable.  This popular biographical treatment is also quite good:

A side note:  When Fouquet and his wife lost a very young daughter to disease, they were advised by a cleric “to learn to love death.”  What a tremendous gulf this reveals between our world and theirs!  Death was all around, and the death of one, or many children, was a common occurrence.  To accept and love death was the only salvation.  No “youth culture” for them!